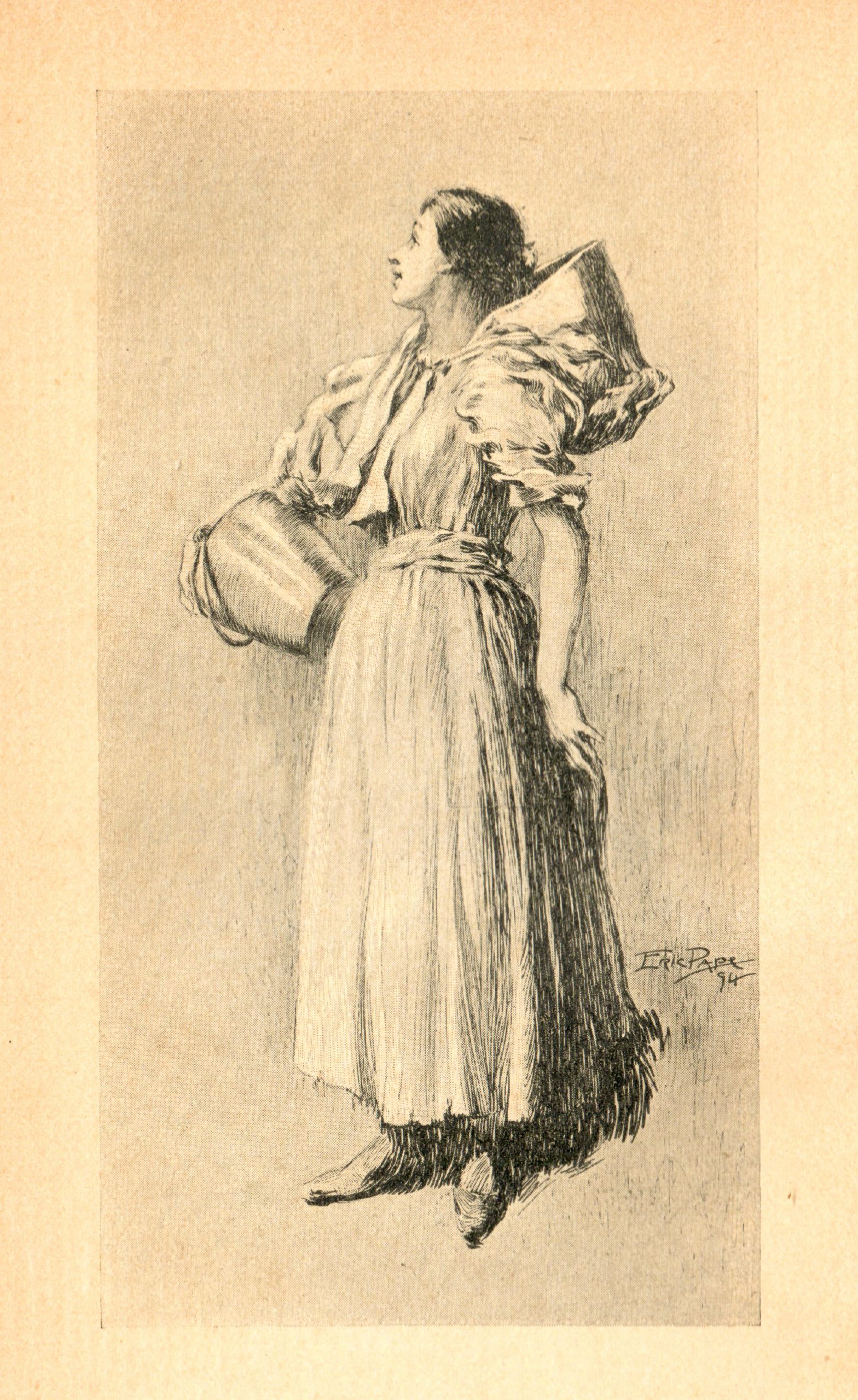 “At the ’Cadian Ball” is Kate Chopin’s prequel to her famous short story “The Storm,” describing how Calixta and Alcée came to marry other people.

You can read the story online, although if you’re citing a passage for research purposes, you should check your citation against one of these accurate printed texts.

“At the ‘Cadian Ball” characters

“At the ‘Cadian Ball” time and place

The story takes place in the late nineteenth-century at the Louisiana plantation of Alcée Laballière, a few hours (in the 1890s) by train from New Orleans, at the nearby Friedheimer’s store, and at the ‘Cadian ball.

“At the ‘Cadian Ball” themes

As we explain in the questions and answers below, some readers focus on the social relationships in the story, on the relationships between the Creoles—Clarisse and Alcée—and the Acadians—Calixta and Bobinôt.

Questions and answers about “At the ‘Cadian Ball”

Q: Did this story become known because it is a prequel to “The Storm”?

A: It certainly became better known after readers discovered “The Storm,” and from what we can tell, it was not much read before “The Storm” was published in the late 1960s. But it was, in fact, one of the first of Kate Chopin’s short stories to be reprinted after her death. It appeared in 1921 as one of sixteen local color stories in Short Stories of America edited by Robert L. Ramsay and published in Boston by Houghton Mifflin.

More questions and answers about “The Storm.”

Q: Why doesn’t Clarisse go to the ‘Cadian Ball? And why is she upset that Alcée does?

A: It’s a partly matter of social class. Clarisse and Alcée are Creoles, descendants of French or Spanish settlers in Louisiana. Calixta and Bobinôt are Acadians, descendants of French-American exiles from Acadia, Nova Scotia, who were driven from their homes by the British in 1755. Most of the Creoles in Chopin’s stories are comparatively wealthy, usually landowners or merchants. Most of the Acadians (or ‘Cajuns) in the stories are much poorer, living off the land, farming or fishing or working for the Creoles. Clarisse takes her higher social status as a Creole seriously and thinks Alcée has no business at a ‘Cadian ball. “Nice conduc’ for a Laballière,” she says. She understands, though, that it is common for a Creole man to appear at such get togethers, perhaps in search of a liaison with a ‘Cadian woman. It would be unusual for a Creole woman to attend a ‘Cadian ball.

In addition, as Heather Ostman points out, although Clarisse does not go to the ball, she follows Alcée there. She may be concerned about Alcée meeting Calixta, because the two were involved in a well-known “ambiguous event at Assumption in the previous year.” Clarisse, Ostman notes, may be “betraying her  underlying, deeper fear: she is afraid Alcée will leave her for Calixta.”

Q: I’ve read an article about “The Storm” that suggests Calixta has some African-American blood. Is that right?

A: No. Her mother is Cuban. Everyone in the community thinks of her as Acadian with some Spanish blood. As the story phrases it, “Any one who is white may go to a ‘Cadian ball, but he must pay for his lemonade, his coffee and chicken gumbo. And he must behave himself like a ‘Cadian.”

Accurate texts of “At the ‘Cadian Ball”

Articles and book chapters about “At the ‘Cadian Ball”

Kirby, Lisa A. “‘So the Storm Passed…’: Interrogating Race, Class, and Gender in Chopin’s ‘At the ‘Cadian Ball’ and ‘The Storm’.” Kate Chopin in the Twenty-First Century: New Critical Essays. 91-104. Newcastle upon Tyne, England: Cambridge Scholars, 2008.