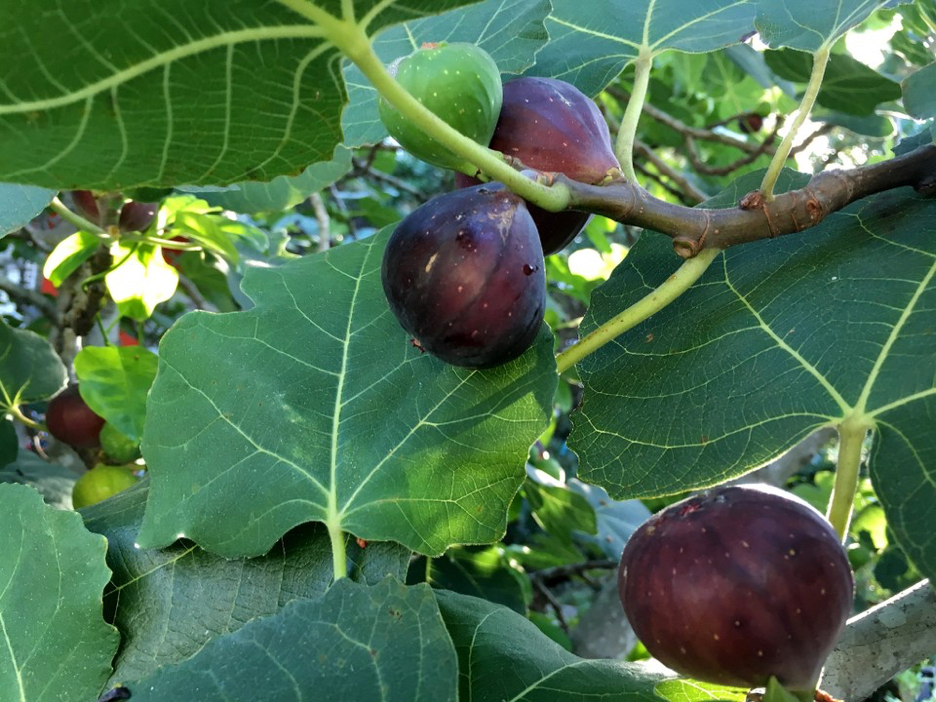 “Ripe Figs” online and in print

You can read the story online (it’s just a page or two long), although if you’re citing a passage for research purposes, you should check your citation against one of these accurate printed texts.

The story takes place in Louisiana, in the late nineteenth century.

Readers sometime wonder if this is, in fact, a short story. As we explain in the questions and answers below, it might be thought of as a sketch instead. It might also be thought of as a children’s story, like many of Chopin’s other works. And the focus in the story on the processes of nature are representation of Chopin’s themes in other stories.

When Kate Chopin’s “Ripe Figs” was written and published

The story was written on February 26, 1892, and published in Vogue on August 19, 1893, one of nineteen Kate Chopin stories that Vogue published. It was reprinted in Chopin’s collection of stories A Night in Acadie in 1897.

Questions and answers about “Ripe Figs”

Q: Does “Ripe Figs” deserve to be called a short story? It’s only one page long!

A: The original Vogue version calls it an “Idyl.” Some critics think of it as a sketch.

Q: My professor says she remembers reading an article arguing that “Ripe Figs” is a good story for first approaching Kate Chopin, that it is a little version of some of Chopin’s later works. Is there such an article? Where could I find it? What does its author mean by that argument?

A: Yes, the article is called “‘Ripe Figs’: Kate Chopin in Miniature.” It was written by Elaine Gardiner. You can find its publication data below.

Gardiner argues that Chopin employs in “Ripe Figs” three techniques that she uses in her other work, including The Awakening–contrasts (youth and age, patience and impatience, innocence and experience); natural images as emotional correlatives and structural parameters (sugar cane, figs, chrysanthemums); and cyclical patterns (growth, movements directed by the seasons).

Q: I understand that some critics think of “Ripe Figs” as a children’s story. What do they mean by that?

A: Twenty-six of the short stories Kate Chopin wrote are ones she sent to magazines intended for children–magazines like Youth’s Companion or Harper’s Young People (although some, like this one, she sent to Vogue and other magazines)–or ones with subjects and themes similar to those. Today we know Chopin mostly through her works about intelligent, sensitive, adult women seeking integrity, independence, and fulfillment, struggling with social and cultural constraints. But Chopin had other subjects for her work, and some of those subjects appealed to children.

Peggy Skaggs writes that this story “reveals beautifully the differing perspectives on time of the child and the adult, expressing in one short page virtually the essence of the generation gap.”

Barbara Ewell describes “Ripe Figs” as a “fine lyrical sketch that captures a fragile sensuousness in a child’s eagerness for the ripening of the figs. . . . Chopin’s harmonizing of [Babette’s] wait–and, implicitly, all human life–with the slow processes of nature gives a characteristic poetry and dimension to this simple event.”

Pamela Knights notes in the Cambridge Companion to Kate Chopin that some of Chopin’s children’s stories “offer glimpses of young people demonstrating the competence, judgement and articulacy more usually ascribed to adults.” Babette in “Ripe Figs,” Knights adds, “presents Maman-Nainaine with evidence, in a beautifully appropriate form, that the older woman’s stern contract has worked its course.”

You can read more on our Kate Chopin’s Children’s Stories webpage.

Q: What are we supposed to understand by Chopin’s statement, “That is the way Maman-Nainaine was”?

A: In Kate Chopin’s nineteenth-century Louisiana, Bernard Koloski writes, Maman-Nainaine and other Creoles in Chopin’s fiction are “people who speak and act with authority and who by their words and actions show others that the authority they possess is deserved, is just, intrinsic, as ‘natural’ as the ease with which they live their lives and influence other people’s.”

You can see another Creole character like Maman-Nainaine in Chopin’s short story “A Matter of Prejudice.”

Knights, Pamela. “Kate Chopin and the Subject of Childhood.” The Cambridge Companion to Kate Chopin. 44–58. Cambridge, England: Cambridge UP, 2008.